Can DJs be considered artists?

Home » Can DJs be considered artists? 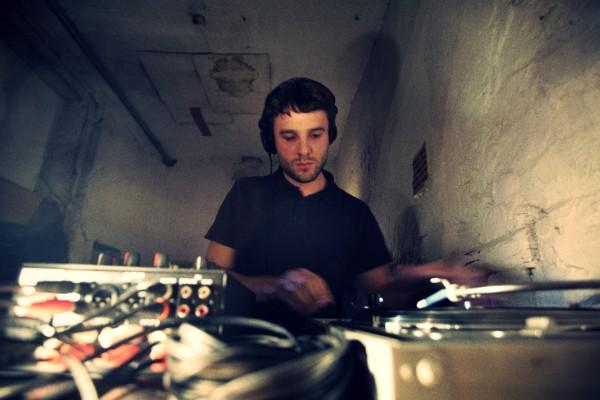 Can DJs be considered artists?

As music lovers, we've all stumbled upon this question many times: is the DJ an artist? This is a troublesome inquiry. Of course, there is a very specific set of skills involved in DJing, yet does that per se make the DJ an artist? There is also a particular skill set that is needed to, for example, changing a flat tyre, but of course that's by no means considered an art. Is the same logic valid for DJng?

Sculptors, composersand painters are considered artists because they have learned how to master a skill, that they use in order to manifest their emotion – and that work, in turn, also resonates emotionally with their public. And if you think of it, that is also what a good DJ does. As we see it, a great DJ is someone who uses their skills to craft mixes, and in doing so they're creating something new that might or might not be made accessible to a group of people. Yes, that is definitely what we call a real DJ

A bit of history

This craft has been going on since back in the 1930s, 40s and 50s when genres like musique concrète and experimental music (think John Cage, Halim El-Dabh, and Pierre Schaeffer) used records in a similar way to today's DJs, by essentially sampling and creating a piece of music that was entirely produced by the turntable.

Turntablism is a bit more recent: it came about when the DJ mixer started playing a role in manipulating sounds from records, and therefore creating something new, too. The word was coined in 1994 by DJ Babu to describe the difference between a DJ who simply plays music and one who performs by manipulating the records and mixer to shape the sound – which coincided with the early days of hip hop Djing.

The DJ as a selector

So, at his/hers most fundamental level, a DJ picks a selection of tunes and plays them to a crowd of people. The essential goal is to make them dance. Some may argue that an iPod on shuffle mode can do the exact same thing, and an iPod is definitely not an artist, so why would a DJ be? Well, you've guessed it, folks: an iPod, or a jukebox, or a compilation CD can't make sure people keep dancing. These objects lack aesthetic judgement, and above all, the ability to read people's behaviour and emotions – and to respond to that with its own knowledge and sensibility in order to keep them satisfied.

One of the most essentials parts of DJing is the tune choice. A DJ chooses a scope of tracks that blend nicely together, keeping in mind the that his/her mixing should take listeners on a journey. If the DJ succeeds in doing this seamlessly, he/she is creating something that is nearly symphonic in its structure, with crescendos, and drama, tension and release. The shifts through light and shade, major and minor keys are not carried out randomly: they're precise decisions that embody a vision and a personal taste. The DJ is combining a) his tunes of choice, with b) what melodies go well together and c) what the crowd needs at that moment. That's a whole lot of factors to take into account while expressing yourself. Isn't that an art in itself?

Some DJs are a bit like iPods or jukeboxes though – those who focus solely on playing the hits or on playing requests. As much as we have nothing against them personally, our perspective is clear: these are not the ones that we look at as artists. Same as a paint-by-numbers painter sits at the bottom of the artistic spectrum.

The art of mixing and live editing/remixing

A DJ also uses his/her set of aptitudes to mix his/her personal music selection together in a way that simultaneously brings out the genuine magnificence of the individual pieces and at the same time create a suite of music in which the audience barely notices the transitions between tracks.

By acomplishing this feat, the DJ keeps the dance floor energy on smooth, constant flow. Mixing tracks together skilfully can also sound very beautiful when elements between two songs interact well – we all know how magical that feels, it's like a coincidence sent from the music gods. At this end of the spectrum, there is a great deal artistry and creativity involved.

In our opinion, DJs are musicians, live remixers, and live producers as they take sounds, layer them, manipulate them, and present them in such a way that it becomes something entirely new from the original pieces used. The original tunes are used like instruments in a orchestra as the DJ is no longer ‘just playing music made by other people’. They can pick a tune and turn it into a hit, they can take noise and turn it into music, they can make people move when they feel like, and they can make a crowd just stop and think when they want to. There is often a message and a purpose in their sound, there is a creation of a new work of art by connecting disconnected pieces. DJs that do this are undoubtedly artists.

This is not only valid fod DJs. The same applies for producers (or any kind of musician, for that matter): a producer on the bottom end of the spectrum takes presets, loops and samples, puts them together and calls it an artistic feat - when in reality, most times it's more like a collage with no personal expression involved. On the other end of the spectrum these is emotional manifestation, structured creation, sculpted sounds, layers, arrangement, purpose, original sounds and note composition. These are ‘electronic musicians/artists’.

Posted on 8th January 201617th March 2021 by Egle Sukliauskaite
We use cookies on our website to give you the most relevant experience by remembering your preferences and repeat visits. By clicking “Accept”, you consent to the use of ALL the cookies.
Cookie settingsACCEPT
Manage consent