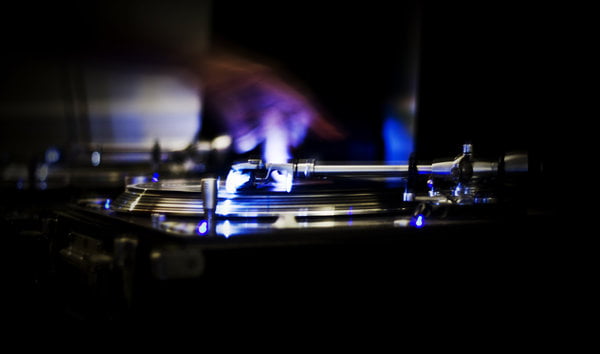 The difference in sound between vinyl, CD and digital formats can be anything from minor to substantial depending on numerous variables. Which one is the best? Purists will stand by the warm sound of vinyl like true soldiers, while a good part of the new generation loves how digital files can make the life of a DJ a lot easier. But ultimately, it's up to you – it's truly a matter of subjective preference. Let's have a look at what defines each of these formats and how we feel they compare to each other.

Lossless audio formats like FLAC are kind of like a ZIP for audio. When you ZIP a file, the resulting document is smaller than the initial file, and that's why we call it compressed. And when you extract it, you get the same file back. How does that work? It has been analyzed for repeating patterns so it can be saved in an optimised way. So what happens is, when you compress CD quality audio into a FLAC file, the resulting file is generally around a third smaller, but if you extract the audio out again, you will get the exact same audio file, with no data lost along the way. Although when people mention lossless audio formats they usually mean compressed formats like FLAC, WAV is also a lossless format.

So is it better to use FLAC or WAV? Well, WAV files are pretty big. Normally twice the size of FLAC. Also, they have no standard tagging system to mark he title and artist of the track, which means you need extra care when naming your file. Moreover, WAV files have no built-in error checking: if the file is corrupted you will hear the problem when playing the track, with no warning – while FLAC files have a check to make sure the file has not been corrupted.

On the other hand, WAV is supported my most software and devices, which can bring you a bit peace of mind - and a hassle-free DJing experience. Also, because this file type is not compressed, playing it won’t use up any extra processor power to decompress it. Some will tell you to skip FLACs altogether and just use WAVs. Unlike a FLAC, which has been squished down, a WAV file is an uncompressed representation of what the artist recorded in the studio. By buying WAVs, you can avoid the potential data loss incurred when the file is compressed into a FLAC - this data loss is rare, but it can happen.

So at the end of the day, if you want a perfect, infallible sound, we would recommend keeping all your tunes archived in a compressed format like FLAC. That way you can protect them against corruption, you can have them neatly tagged, and you will save a whole lot of file space. When taking tunes to a club, you can always extract your playlist to WAV or rip them to CD if you are worried about compatibility.

If you're playing out in a club, lossy formats like MP3 can lack punch, definition and clarity when compared to the original source – but if you use them 320 kps versions, made with a good codec, it's very unlikely that anyone will actually hear any difference. Keep in mind, though, that it also depends on the club system - some of the best sound systems really can sound amazingly transparent and revealing.

What has given digital DJs a bad name is those who play low rate files they have downloaded from torrent sites, as well as the many 320s out there that have been poorly ripped from vinyl or made using poor codecs. But if you 320s straight from major digital shops like Beatport, Juno and such, the track's quality won't be compromised, providing the tune was produced and mastered properly in the first place. They can be clearer than vinyl in some cases (no dust, no slightly worn needles, no flutter from the turntable, etc). For absolute crispness and clarity though, we do recommend lossless formats if you're playing digital.

As much as it's seen as a state-of-the-art format, the sound that you can get out of a vinyl record still depends on a number of variables. First and foremost, there's the source material - the tracks the artist laid down in the studio, and what medium they used to record. Was it analog tape? Then a vinyl pressing of that piece of music will probably sound better than a CD. Was it a laptop recording at 24 bits? Then a lossless digital file can equal the quality of the source. Second, how good is the pressing? A clean, 200-gram vinyl record sounds much superior to a thinner disc, even if the exact same source material is used. Third, there's the equipment in which your record will be played. How good is it? Think PA and mixer, but also the condition of your needles and turntables.

There's much discussion about a certain warmth, a quality only attained when playing music on vinyl. The truth is, analogue formats have a wider frequency range, which while inaudible to the human ear, do affect other sounds that we can hear. this is why vinyl has a warmer sound than you would get playing the same track from a WAV or FLAC file. In all honesty, given the perfect conditions vinyl will very likely sound better than pretty much any digital medium, even if just marginally.

How they all compare in the real world

Don't be scared though – we can safely say that as long as the tunes are well made and appropriate for the crowd, the people will dance with equal vigour regardless of the format you're playing. Just be careful: on large systems, sometimes if a DJ carelessly swaps from vinyl to digital a lot it is noticeable, particularly when they are using MP3. So keep checking the levels and the EQ and you should be fine.

Last but not least

Much of today's electronic music is made on digital platforms, using digital samples that have already had the "inaudible" bits clipped out of them when digitized. So when a track like that is pressed on vinyl, all the missing lows and highs that weren't there to begin with don't magically appear. With rock, classical, anything done by instruments that are actually put to wax before digitizing, its a different story.

But we should stress that mastering the art of mixing is something better achieved through practising with vinyl. Also, it is a classic format that really pays respect to who came before us and taught us the craft. Besides, digging lost crates in record shops is more of an unforgettable experience than browsing for tunes online... So as with all things in life, it's a trade-off. You just need to work out your priorities and go with your preferred format. No fear, just a lot of commitment!

Posted on 8th June 201519th February 2021 by Egle Sukliauskaite
We use cookies on our website to give you the most relevant experience by remembering your preferences and repeat visits. By clicking “Accept”, you consent to the use of ALL the cookies.
Cookie settingsACCEPT
Manage consent